Mission creep  is the descriptive term which explains how a previously focused goal becomes another things .

For those who use social media in healthcare regularly this apparent.. The internet began as a ‘sideshow’ and within five to ten years it became a necessity. If you are not using social media you would not be aware of the advantages and power of the social media sphere.

HOW TO Sell Social Media to Cynics, Skeptics & Luddites

1. Twitter , along with use of hashtags provides the opportunity to direct traffic to your web site, blog, and/or even Google Drive or Live drive.  GDrive provides sharing to anyone who has the link to that document (or folder).

2. Information source: Many physicians and others regularly tweet from meetings and symposia using a meeting hashtag.  Specific hashtags can be found on Symplur, a site devoted to medical hashtags with some specificity.  It’s not just for social contact at the meeting, (ie, “meet me at Starbuck’s afterward”). Tweets can be linked with photos and/or graphic using a smartphone or tablet with Flickr, yFrog, and other photo sharing sites. (most are free with limited storage capacity) Videos can be uploaded to YouTube and linked to Twitter announcements.  Imagination leads one to many other outbound messages. The 2012 Top Ten Photo Sharing Sites.

3. Search on twitter using hashtags is a primitive form of search, limited only by your knowledge of which hashtags are useful in the area you are interested in. Unfortunately at this time hashtags seem to appear by popular  acclaim and usage. There is as yet no nomenclature that is officially blessed by the twitter community.

4. Facebook and Google can be used as well, offering more than 140 characters. (I preface this with the fact that there are several url shorteners, as well as text abbreviation services which truncate tweets longer than 140 characters, providing a link within your tweet.  Linkedin is well known among professionals. It offers much to professionals. This sleeper network has become more popular and is now more integrated with other social media sites.  Although Linkedin recently prevented twitter feeds to their site, the reverse is not true, allowing a Linkedin  user to simultaneously tweet.

5. Many applications have been developed which offer simultaneous social media messages across multiple applications. Tweetdeck allows a single tweet to also be placed Facebook, and Linked in.  A  post on a Google stream can be shared on Twitter, or  Facebook. Google is closely linked with YouTube, and can be used for live video and Google on Air Hangouts. Buffer app creates the ability to send your tweets repeatedly during a 24 hour period (at times when most users are active). Inserting a hashtag improves the chance that your recipients get the message(s).

6. Analytics, BuddyMedia,  Social Media Examiner,  SocialBro,  Sprout Social (free trial), Google Analytics,  Twitter Analytics are available to measure your impact, followers, networking, influence and the times your tweets are most read.  It is possible to schedule your tweets at those times. MentionMapp is one of the coolest maps of  the twitter universe. Type in your “twitter handle” and presto you have a map of your own twitter galaxy. For those of you proficient in spreadsheets and APIs there are a host of free Macros and apps.

7 Facebook uses “friends” or ‘likes’. Google Plus for Business as well as Personal Google Plus  uses “circles”. Twitter uses “followers” to organize your audience.  There are some nuances, which go beyond the limits of my blog.

Microsoft has already said that Windows 8 tablets, irrespective of their x86 or ARM underpinnings, are PCs.

9. Web 2.0 and Health 2.0 may be ending to be replaced by Mobile    Studies and surveys indicate that mobile applications in health care will multiply exponentially in 2012.  They also reveal a relative decrease in laptop, and desktop computers as compared to sales of tablet pc and smartphones. Almost everyone will use their mobile device much like a pc, giving facebook, twitter and google plus an advantage with applications designed especially for mobile, and consumers carry them wherever they are, waiting for your message.   And yes all of this is coming to an EMR for your examining room. Just like your progress notes used to be. After all isn’t this what separated the MDs from the RNs and others? (Illegibility) And this is probably why CPT codes and ICDs evolved.

If you are not using social media for some vague reason such  as stereotyping, you are cheating yourself out of an efficient and powerful medium. The caveat is ‘learn how to use it” 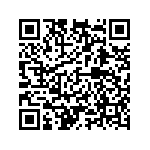